Nose Jobs and Facelifts for Dogs on the Rise 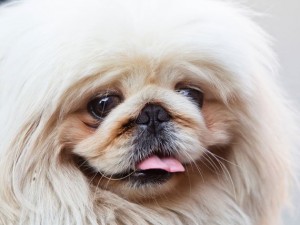 This article originally appeared on Dr. Mahaney’s The Daily Vet column on PetMD as Nose Jobs and Facelifts for Dogs on the Rise.

I certainly enjoy my British news. The wry journalistic perspective on the role of celebrities in society often makes for an entertaining read and often serves as inspiration for my Pet-Lebrity News column on Pet360.

Celebs posting photos of themselves and their canine companions on Instagram and Twitter with a favorite pooch (or two) is nothing unusual. Yet, the seemingly recent rash of stars showing off their brachycephalic (brachy= short, cephalic= of, in, or relating to the head) dogs may motivate potential dog owners to pursue similar breeds without fully recognizing the health implications associated with having a “short head.”

According to The Telegraph, “the celebrity-driven fad for Bulldogs and Pugs with wrinkly faces has led to an increase in medical face-lifts for pets, the Royal Veterinary College has warned.” Reportedly, “the numbers of operations on dogs to remove excess skin has increased by more than 80 per cent over the last four years.”

This trend of celebrities acquiring brachycephalic dogs isn’t exclusive to the U.K. and Europe.

"Shrinkabull jam don't shake like that Jelli" but you can call her Jelli, for short.

Azalea’s photo has received an astounding 277,000 and climbing "Likes" so far.

Both the Pug and the English Bulldog are brachycephalic breeds, along with the Affenpinscher, Boxer, Brussels Griffon, Pekingese, Shih Tzu, and others. Additionally, mixes of these breeds, like the Puggle (Pug and Beagle combinations), are typically considered brachycephalic.

There are a series of deformities to the head and face associated with Brachycephalism (the condition of being brachycephalic) collectively termed Brachycephalic Airway Syndrome including:

Stenotic nares — narrow nostrils, which reduce the ability for air to freely move from the outside world through the nose.

Overlong soft palate — extra tissue where the nose meets the throat which flaps while breathing and obstructs air flow.

Everting laryngeal saccules — the larynx (voice box) contains parachute-like saccules (pockets of skin) which can inflate and prevent air from moving from the mouth and nose into the windpipe.

Hypoplastic trachea — also known as collapsing trachea (windpipe), there can be a reduction in the diameter of the trachea caused by improper formation of or damage to cartilaginous rings, or a sagging of the membrane that lines the uppermost layer of the windpipe.

Pending the degree of airway obstruction and health problems, there is a strong likelihood that surgical intervention is needed to permit the brachycephalic dog to have a better quality of life and have a reduced likelihood of health problems or dying. If you choose to incorporate a brachycephalic pooch into your life, you’ll likely be facing some some mild to serious health problems for which you are responsible to resolve, with your veterinarian’s help.

Dr. Gert ter Haar, of the Royal Veterinary College, has witnessed a significant and steady increase in the number of corrective surgeries on brachycephalic dogs from an average of 30 in 2009 to more than 260 in 2014. Dr. ter Haar states that they "handle four to five of these operations every week and it has increase over the last few years.” Additionally, ”breeding has led to shortening of muscles in their faces, most are fine but we see the ones that have problems because of their breeding. The main problems are that their airways are obstructed and some have problems with their hearing and eyesight. We treat them as soon as possible. We find it is due to the breeds becoming more and more popular.

Extra skin and deficient muscle support can lead to the drooping or inward-rolling of the eyelids, which inhibits normal vision or causes scraping of the surface of the eye (entropion). If such conditions go untreated, irreversible vision problems often occur and dogs can even go blind.

Canine rhinoplasty (a nose job, such as the correction of stenotic nares) and face and eye-lifts aren’t performed solely to achieve a more desirable cosmetic effect like they are for most people. Such surgeries are necessary so brachycephalic pooches are better able to function in their day-to-day lives. Dr. ter Haar said they "do not undertake these operations unless there is a medical reason to do so. We find some of them have excessive skin folds which can cause severe infections. It can cause blindness, and if the folds cover the nose they cannot breath.”

Corrective surgeries for brachycephalic pets aren’t inexpensive. A reasonable estimate range for corrective procedures is $750-2,500. Fees depend on a variety of factors, including:

Overall, the popularity of performers like Azalea and other celebrities publicly announcing the presence of their purchase, adoption, or rescue or brachycephalic breeds gives a mixed message to the pet-loving public. Although brachycephalic dogs are cute, future owners commonly pursue these breeds due to their appealing “ugly-cute” appearance without fully considering the potentially life-threatening health consequences associated with their conformational malformations.

My recommendation for people seeking canine companionship is to acquire a dog that does not have facial, respiratory, or other body conformation problems that will affect their health on a short or long-term basis. Choose a breed or mixed-breed having a longer muzzle and a general lack of excessive facial or bodily skin folds instead of those having a short face and plentiful creases.

If you are so drawn to a owning a brachycephalic canine and are determined to get one despite the health obstacles, consider adopting your pooch from a breed-specific rescue in your area instead of potentiating the ongoing reproductive cycles fostered by breeders.