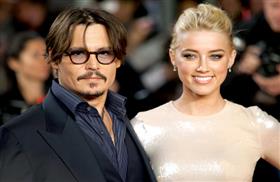 Did you hear about the recent pet scandal involving one of the world's most popular and highly paid actors, his new wife and their two dogs? Well, it was all over the news in Los Angeles, as that's where this prominent Hollywood family resides. Last month, international media outlets erupted with reports of the Australian government forcing two Yorkshire terriers owned by Johnny Depp and Amber Heard to head home to the U.S.

Depp has been down under filming Pirates of the Caribbean: Dead Men Tell No Tales and his dogs, Boo and Pistol, reportedly accompanied Depp and Heard for the trip via private jet. Evidently, Depp failed to adhere to the legally mandated protocol of declaring the presence of a pet upon entry into Australia.

According to Australian Agriculture Minister Barnaby Joyce, Depp ignored Australian laws. "When jets come in they are supposed to sign a manifest of what is on the plane, what people are on the plane and certainly if they're carrying any dogs," he was quoted saying in The Daily Mail. "I don't know where he had them … they've wondered through with them and they probably think that itis fair enough and that they're above the law, but they're not."

The Australian government became aware Depp hadn't taken the appropriate routes to import Boo and Pistol when it was discovered that the dogs went to a pet grooming facility and a biosecurity officer confirmed the dogs' presence at the Depp-Heard residence the couple rented on Australia's Gold Coast.

Pets and other animals being exported from the U.S. and other countries must abide by strict rules to prevent infectious diseases from entering Australia, including a specific schedule of veterinary examinations, vaccine and medication administration and diagnostic testing to ensure animals being imported into Australia are disease free.

For What Diseases do Pets Have to be Certified Disease-Free?

When being imported from the U.S. to Australia, rabies is the primary agent for which pets (dogs and cats) must be vaccinated and proven to be sufficiently immune through blood testing. Rabies is a zoonotic disease, which means it can be transmitted among species including people and animals such as bats, foxes, skunks, dogs and cats. The good news is that legal ordinances mandating rabies vaccinations have helped greatly reduced incidences of rabies transmission in the U.S.

According to the United States Department of Agriculture, dogs traveling from the U.S. to Australia must also have been vaccinated or tested negative for conditions and illnesses including canine influenza, brucellosis (a bacterial infection), leptospirosis (another bacterial infection) and ehrlichiosis (a disease that can be transmitted by ticks).

Why Does Australia Have Such Strict Requirements for Importing Pets?
Australia has such strict requirements around pet importation because it has been declared completely free of the diseases that they test animals for. If government mandates, such as a strict testing protocol for pets being brought from the U.S. to Australia, can help deter the inadvertent or intentional importation of such diseases, both animal and human health will be better protected.

How Long Does it Take to Prepare a Pet to Travel to Australia?

The process of preparing a pet that hasn't traveled to Australia or other countries having rabies quarantine requirements can take six months or longer. The rabies vaccination has to be given after a pet is implanted with an international microchip (AVID, Trovan, Destron or other ISO compatible). Proof that the body has mounted a sufficient immune response to the rabies vaccination must then be established through a blood test called an antibody titer. Antibodies are blood proteins that are produced as a result of vaccination administration or infection with an organism.

It takes three to four weeks for the body to mount a sufficient antibody response to a vaccination, so that time frame should be considered when planning the appointment for the blood draw for the Rabies Neutralizing Antibody Titer Test (RNATT). Test results are commonly available within four weeks. If a protective antibody level is determined, then the test is valid for 24 months. If an antibody level is below the accepted protective threshold, then a pet must have a booster rabies vaccination and a repeat RNATT (typically, three to four weeks after the vaccine is administered).

A minimum of 180 days (six months) must transpire between the date of the blood draw and the departure date for Australia. During this time, pets must be kept away from locations or circumstances where they may be exposed to rabies. Essentially, pets must be "quarantined" to the safe zones of their homes.

As you can see, it's a very elaborate, drawn out and sometimes frustrating process for owners and the veterinarians and veterinary support staff who are assisting in the export process.

Could Depp Just Have Kept His Dogs in Australia?

For Boo and Pistol's sake, Depp couldn't just keep them there and defy the rules. The Australian Department of Agriculture issued a stern warning to Depp and Heard to remove the dogs from the country within 50 hours or face euthanasia (the dogs that is, not Depp and Heard). "That's the deal," Joyce said on 3AW Mornings, "and if people think that's a bit harsh, well I'll tell you what harsh is. Harsh is if we let down our guard and ultimately rabies gets into the country."

According to the The Daily Telegraph, the Department Of Agriculture could impose a $340,000 fine upon Depp. In addition to paying such a steep fine, the private jet used to fly Boo and Pistol back to Los Angeles could cost Depp $400,000 or more. That's a crazy expensive price to pay for not going through the proper channels to legally travel internationally with your pet.

Having overseen the preparation for international travel of some of my patients, I'm well aware of the laborious, logistically-heavy process it is, and there have been times that a pet can't be prepared in time for the owner's planned travel. In those cases, the pet must stay back stateside or the owner must change their travel plans.

I hope that Boo and Pistol had a safe journey home and have reacclimatized to their Los Angeles lifestyle. Additionally, I hope that the dogs' owners have a greater understanding of the reasons why established rules around pet travel exist.

Have you ever transported your pet to a rabies-free territory like Australia, Hawaii, the United Kingdom, or other? Please feel free to share your story in the comment section.

Thank you for reading this article.  Your questions and comments are completely welcome.