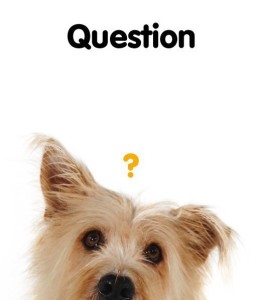 No, it's not always true that cats land on their feet. Able-bodied cats should have the ability to right themselves in the air as they are falling. Cats having compromised mobility (i.e, those suffering from debilitating illness, injury or obesity that would prevent them from normally being able to move around their environment) may not be as swift in correcting their abnormal body position mid-flight.

tumble from heights and then suffer injuries upon hitting the ground or other objects: High-Rise Syndrome.

One would think that the higher cats fall, there is an increased likelihood of injury. Yet, cats falling from heights greater than one to two-story elevations are better able to right themselves and use their limbs to spread out overall body surface area to slow down the fall and their tail as a rudder to provide in-air redirection. As a result, they may be less injured in the fall than those felines that fall from lower heights

Q: Do dogs like to eat grass because of the way it tastes?

Why does my dog eat grass” is a common question I face in my clinical practice. It’s normal for a dog to eat grass and doing so can occur for a variety of reasons, including:

Induction of Vomiting: Some dogs eat grass, because they’re striving to consume material that will mechanically irritate their stomach lining and lead to induction of emesis (vomiting). Plant material is high in insoluble fiber and is not readily digestible. Grass often accumulates in the stomach instead of normally moving into the small intestine. When enough inflammation occurs post-grass ingestion, dogs then vomit. Underlying illness can stimulate the physiologic urge to vomit, so grass often helps to induce vomiting.

Dietary Deficiency: Veterinary behaviorists and nutritionists speculate that dogs may eat grass to compensate a nutritional deficiency. Some owners achieve success in reducing their dog’s tendency to graze on grass by adding fresh, green and/or fibrous vegetables or fruits to the diets. I have seen good responses when owners add pineapple, spinach, broccoli, mushrooms, cauliflower, kale or parsley. Vegetables are most palatable and digestible when steamed and pureed or finely chopped before being added to the dog’s diet.

Biological/Ancestral Influence: Grass eating is a behavior manifested by both wolves and the domesticated dog (Canis familiaris). A 2009 articlefrom the Journal of Veterinary Behavior suggests that a nursing mother’s grass eating tendencies can influence similar behavior in her puppies.

Behavioral Correlation: Some dogs eat grass due to lack of behavioral stimulation during confinement to a particular environment, such as a back yard. As a result, the dog seeks stimulation by eating various things in his environment. This is calledpica and it’s an abnormal biological urge to consume non-nutritive materials. Pica can cause more severe consequences, like vomit, diarrhea and intestinal obstruction or perforation. This undesirable behavior may be reduced by giving the dog appropriate chew toys, increasing activity or having it wear a cage-style muzzle.

Q: My cat has been purring a lot more lately. Does that just mean she's feeling happier?

In general, society perceives purring cats to be happy. Yet, this isn't necessarily the case. Some cats purr because they are content, while others might be sending a less than pleasant message with their vocalizations. Cats also can purr when they feel scared or threatened.

Your cat’s purring may also be a means by which she’s striving to get your attention. Her volume and pitch can increase as she demands food or attention.

Cat body language is important to assess before interacting with a feline friend. Catster’s Cat Body Language chart tells how to assess the true meaning behind ear and tail position. Most purring cats are content, approachable and are willing to

interact. But, we humans and other animals should take special precautions when approaching.

Q: Does a warm nose mean my dog is sick?

A dog sporting a warm nose potentially does mean he’s sick. In optimally healthy dogs, the nose should be evenly pigmented, moist, smooth-surfaced and have a temperature (to the touch) comparable to other body parts like the pads of the feet. Dogs that are dehydrated lack the ability to perfuse their noses with moisture-rich blood as well as normally hydrated dogs.

Many sick dogs also aren't as able to keep themselves hydrated by drinking water as well as their healthy canine counterparts. Additionally, sick dogs commonly don't eat normally, which is another way that dogs stay hydrated aside from drinking water.

I suggest dog (and cat) owners keep a close eye

on the appearance of their pooch's nose so that deviations from normal or the detectable sensation of dryness can be potentially addressed with their veterinarian.

Q: My cat sometimes likes to chew on plastic. That's just because she likes the texture, right?

Cats that chew on plastic typically are doing so for more biologically driven reasons.

Plastic is made from a variety of ingredients. According to Genetic Engineering & Biotechnology News, “although polymers are manufactured from petroleum feedstock, plastics manufacturers often use additives of animal origin to improve material properties and/or to aid in processing of raw polymers.”

Plastics can be made with by-products from the rendering process. According to the National Agricultural Law Center, “renderers convert dead animals and animal by-products into ingredients for a wide range of industrial and consumer goods, such as animal feed, soaps, candles,

pharmaceuticals and personal care products.” So, your plastic bags may contain casein, renin or other animal by-products that both smell and taste appealing to cats. As a result, the plastic bag from your trip to the grocery store, or even the double-sided tape stuck to your couch to dissuade scratching, could be a licking or chewing target to your cats. I don't recommend owners let their pet chew on plastic as it can be consumed, potentially irritating the stomach and intestines. Ingesting plastic can also cause a foreign-body obstruction requiring surgery.

From my perspective, West Hollywood has taken a step in the right direction to promote feline health by enforcing a Plastic Bag Ban which eliminates free plastic bags with purchase. Evidently the need to purchase a paper bag motivates consumers to bring their own, which serves both feline-kind and mankind.